skip to main | skip to sidebar

After attending part of the first Greater San Antonio Chamber of Commerce's Cyber Security Summit, I have to admire Howard Schmidt, the White House Cyber Coordinator, for helping me understand the national need to change the way things are being done with protecting my computers.
In time, the best way to secure a computer is through the use of additional protection processes. I agree with him that in the near future, computers will have a card slot that will allow what industry experts terms a common access card to provide secure access for non-military uses. The military already has a long-standing policy on using these cards, but I would guess that most businesses will soon embrace this policy as well.
The rest of this morning's event was such that I was asked not to blog about it. I heard an Air Force senior officer talk about the information warfare capability of my former service, but the greater chamber asked me not to take notes or blog about it. It seems the Air Force didn't want media coverage on this.
Bummer!!!
And, I could imagine what Brig. Gen. (Retired) Harry Dalton, my favorite Air Force Director of Public Affairs, would say about not allowing media or even a blogger like me into the room to take some notes. The general's talk was a rehash of efforts that have already been well reported. I believe that General Dalton would say having media on hand would only strengthen the Air Force's reputation in a community which supports the military.
Yet, the biggest highlight of this event was talking to the college kids competing in The National Collegiate CyberDefense competion held as part of the conference. These college students seemed truly jazzed to compete in the simulated cyber attacks designed by firms like the Denim Group.
If San Antonio is going to prosper as the center of cyber defense, it's these competitions and the willingness of senior Air Force officials to explain the basics of their mission.
Posted by Rosie Alvarado at 3:42 PM 6 comments:

As more and more of us add social media tools to our communications efforts, it's important that we look at ways to integrate them into more traditional forms of marketing.
For example, a client of mine is running for a judicial position. I began to work with her after she had ordered her signs. Had we started our efforts earlier, she could have added her Twitter campaign site to her signage. I believe that if we had added this to her signs, she could have increased her base of followers.
Another easy update is to add your Twitter profile to your business cards.When I updated my cards last year, I added the @Matt_scherer below my email and phone information I believe that adding the Twitter profile has increased my exposure among business associates. More importantly, it made some traditional business types think about adding Twitter to their communication mix.
Just as important as updating your business cards is adding key social media data below your name on your email signature. If you get an email from me, my signature includes name, phone, email, Twitter profile, the link to my Express-News blog and my Linked-In profile.
There are more ways to integrate your social media tools into traditional advertising and communication platforms. A savvy social media professional can help your business and organization integrate them into your communication efforts. So, please call them to have them work with you on your integration efforts to add your new tools into processes that get full exposure.
Posted by Rosie Alvarado at 5:21 AM 5 comments:

Why San Antonio needs more Internet fiber in its diet


When Google offered to install a test version of its new high speed fiber network for a town of 50,000 to half a million residents, Don Ness, the mayor of Duluth, took a winter dip in Lake Superior in the middle of February to garner publicity for his city's effort to get the quicker network. Meanwhile, Rancho Cucamonga offered to change the second part of its name by calling themselves Rancho Googlemonga.
You can't fault these and other mayors for trying to get this test project. Having the higher speeds within their civic borders will attract future business, most notably in animation services and other multimedia outlets.
Because of our size, San Antonio can't qualify for this Internet bakeoff. Yet, as the opportunity for a larger beta project from Google arises, I wonder what our civic leadership is doing to embrace these types of efforts.
Our city has done a great job with attracting computer security organizations, most notably the 24th Air Force and expanded NSA operations. Yet, we need to diversify our technical efforts so that when opportunities like Google arises that we have the components to make it happen.
Posted by Rosie Alvarado at 10:14 AM 1 comment: 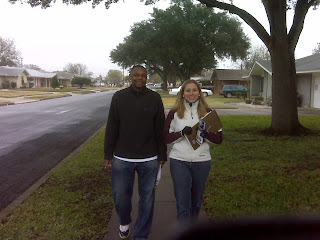 Until this year, I had never been actively involved in the campaign of someone seeking office.  However, when I met Rosie  Alvarado last year, I met someone who made me want to get involved.
Alvarado is seeking office as the judge for the 285 District Court.  She is one of four running for office.
Of the four running for this position, Alvarado is the youngest candidate at 33.  Some have questioned her age and experience.
However, she has gotten the endorsement of San Antonio Express-News and Leticia Van De Putte for her campaign.
Alvarado truly impresses me with her leadership and her vision.  She's been involved in some major cases in Bexar County, and she will represent our community on the bench.  If you are voting at lunch or after work today, she clearly deserves your vote.

Posted by Rosie Alvarado at 6:09 AM No comments:


Cook and Associates  will hold a social media tweetup from 6 to 8 p.m. Feb. 24 at Sean Patrick's, 202 E. San Antonio in San Marcos.
Steve Cook, the owner of Cook and Associates, said his San Marcos and San Antonio firm is sponsoring the event as a way to help San Marcos based businesses connect with others in the central Texas region.  "We are hoping to attract small business and social media professionals from Austin to San Antonio at this event," he said.  "We're thankful to the chamber for their help and support to alert their membership about the powerful tools behind social media and blogging."
Reservations for the event can be made by going to http://www.twtvite.com/zl2mc6.
Posted by Rosie Alvarado at 6:35 AM 1 comment:

When Representative Charlie Gonzalez' web site was hacked by the Red Eye Crew, his staff said that he would request help from his tech support team.


While that is a good idea, Congressman Gonzalez should turn to the leaders in infosecurity for help. As San Antonio is a well recognized center for cybersecurity, it would seem that his staff should be on the phone now to get their advice and help.

Knowing many of the leaders in this field, I am sure that they would gladly give the Congressman some excellent advice on how to prevent these hackers from issuing a F-bomb about President Obama.

With the Texas Lyceum set for next Friday, I am hoping that the experts in this program can talk about some of the methods and processes needed to prevent hackers from taking over a public web site. If I get to this conference, I am going to ask Howard Schmitt, our Cybarczar on what the "gov" can do to prevent these hacks.

Here's hoping that Congressman Gonzalez' legislative team meanwhile takes the time to reach out to people like John Dickson of the Denim Group and others like him to get their advice on how to protect his web site.
Posted by Rosie Alvarado at 10:16 PM No comments: 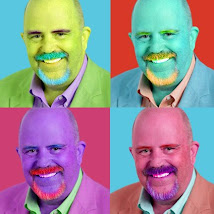